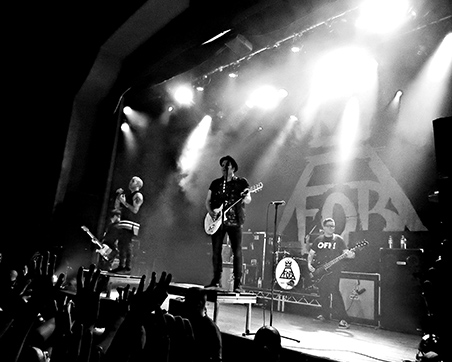 Fall Out Boy have grown from being leaders of the so-called emo pop movement of the mid-2000s to establishing themselves as one of the most successful rock bands to have emerged this century. With songs composed by lead guitarist and vocalist Patrick Stump and lyrics by bassist Pete Wentz, the Illinois band broke through in 2005 with the transatlantic Top 10 singles “Sugar, We’re Goin Down” and “Dance, Dance” as well as second album From Under The Cork Tree, which reached No. 9 in the U.S. This initial success helped to earn them a Grammy nomination as Best New Artist.