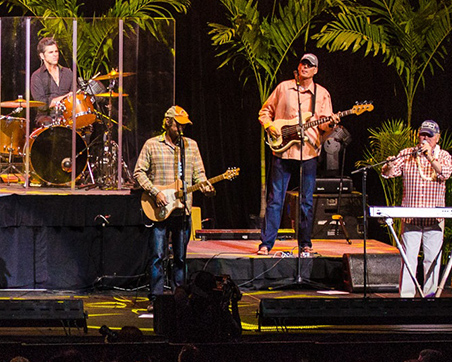 For five decades, The Beach Boys — America’s first pop band to reach the 50-year milestone — has recorded and performed the music that has become the world’s favorite soundtrack to summer. Founded in Hawthorne, California in 1961, The Beach Boys were originally comprised of the three teenaged Wilson brothers: Brian, Carl and Dennis, their cousin Mike Love, and school friend Al Jardine. In 1962, neighbor David Marks joined the group for their first wave of hits with Capitol Records, leaving in late 1963, and in 1965, Bruce Johnston joined the band when Brian Wilson retired from touring to focus on writing and producing for the group.