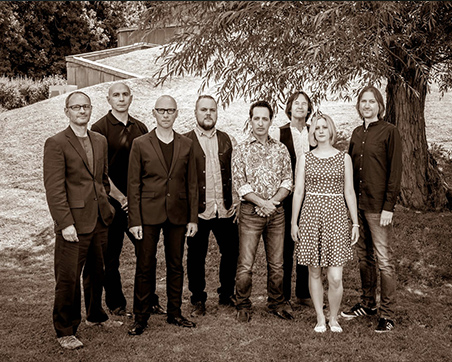 Arriving at the twilight of the post-grunge era, Train managed to simultaneously exist squarely at the center of American mainstream rock while not belonging to any particular trend. Despite the hard rock background of lead singer Pat Monahan, the San Francisco-based combo never sounded particularly heavy. Instead, they tapped into the sturdy sounds of classic rock, an aesthetic epitomized by their breakthrough "Drops of Jupiter." That 2001 international smash gave Train a career, but the group turned into superstars in 2009 when the breezy "Hey, Soul Sister" established the combo as adult contemporary superstars. Certified as sextuple platinum, "Hey, Soul Sister" was a sunny, nostalgic number that illustrated how Train was quintessentially Californian: they were transplants drawn to the West Coast, besotted by the sounds and sights of the Pacific, preferring good times to grit. After "Hey, Soul Sister," Monahan and Train made no bones about celebrating their adopted home, in the process racking up a string of Top Ten adult contemporary hits that stretched into the late 2010s.