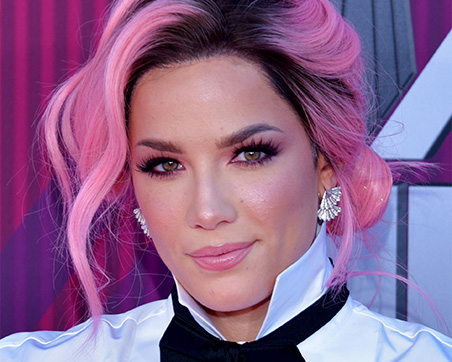 Halsey is the alias of New York-based pop singer Ashley Frangipane. The New Jersey native took her moniker from a New York L train subway stop, and her adopted city plays a large role in both the sound and lyrics of her dark, gritty electro-pop. In 2015, she debuted with Badlands, which hit number two on the Billboard 200 charts. Continued success came in 2016, when her featured appearance on the Chainsmokers' "Closer" helped push the single to the top of the charts. In 2017, Halsey was back with Hopeless Fountain Kingdom, which topped the album chart and featured the Top Five hit "Bad at Love." At the end of 2018, she notched her first number one single as a lead artist, "Without Me".