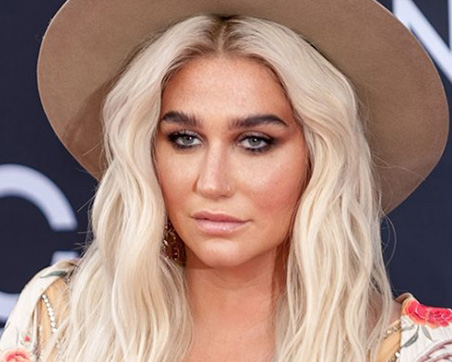 A brash and driven pop singer/songwriter, Kesha (Kesha Rose Sebert) was born in Los Angeles but moved to Nashville when she was four, where her mother -- a longtime songwriter -- had inked a publishing deal. (Over a decade prior to that, Pebe Sebert's biggest success had come with "Old Flames Can't Hold a Candle to You," originally recorded by Joe Sun and later by Dolly Parton.) Before finishing high school, Kesha returned to L.A. for the sake of jump-starting her own music career, despite being set up to study psychology at Columbia. She soon met Dr. Luke, the co-writer and co-producer of Kelly Clarkson's "Since U Been Gone" (among several other hits), who was impressed with her demo recordings. Kesha penned the Veronicas' "This Love" and later contributed background vocals to Britney Spears' "Lace and Leather," both of which were released in 2008. The biggest turning point came one year later, when she was tapped to contribute vocals to Flo Rida's Dr. Luke-produced "Right Round," a number one Hot 100 hit.