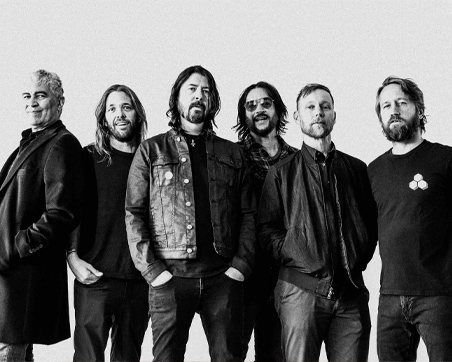 Foo Fighters (one of many post-grunge bands to pop up in the mid-‘90s) are one of the few who became a lasting, successful band. The presence and leadership of ex-Nirvana drummer Dave Grohl is no doubt what gave the Foos their footing, as he is the only musician present on their first LP, which initially made it difficult to view the Foo Fighters as anything but a Dave Grohl solo project. However, once he found a drummer he respected in Taylor Hawkins, the group started to take on a team-minded mentality and released a truly collaborative third album, There is Nothing Left to Lose. In their history, they've never had trouble placing well on the charts and have yet to see a dwindling of their fan base. If the Foos are guilty of anything, however, it is their unwillingness or incapability to alter their forumula and deliver an album that steps challenges rock conventions.