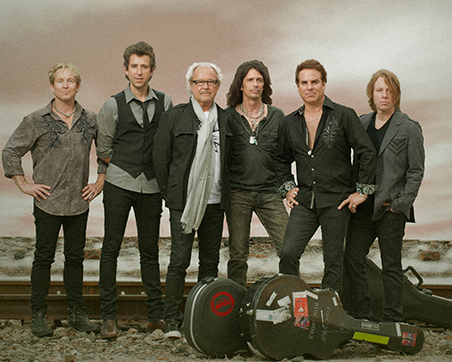 On September 13th, 2017 Foreigner’s catalog sales were celebrated in Business Insider magazine as hitting the Top 40 among the Best Selling Music Artists of All Time. The Beatles were justifiably #1, but Foreigner came in ahead of Britney Spears, Bob Dylan, Phil Collins, Prince, Queen, Bon Jovi and Def Leppard. With ten multi-platinum albums and sixteen Top 30 hits, Foreigner is universally hailed as one of the most popular rock acts in the world with a formidable musical arsenal that continues to propel sold-out tours and album sales, now exceeding 75 million. Responsible for some of rock and roll’s most enduring anthems including Juke Box Hero, Cold As Ice, Hot Blooded, Waiting For A Girl Like You, Feels Like The First Time, Urgent, Head Games, Say You Will, Dirty White Boy, Long, Long Way From Home and the worldwide #1 hit, I Want To Know What Love Is, Foreigner continues to rock the charts more than 40 years into the game with massive airplay and continued Billboard Top 200 album success.