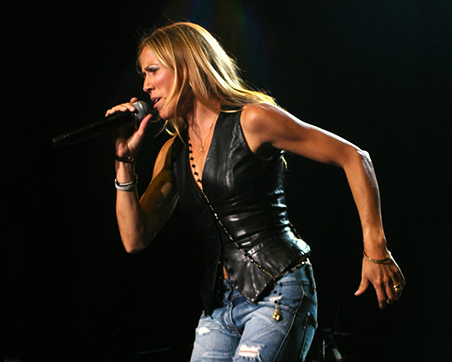 'All I Wanna Do', released by Sheryl in 1993, is arguably one of her most famous hits. Inspired by a book of poems she found in a book shop by unknown writer Wyn Cooper, the song went in to be a worldwide hit earning both Sheryl and Wyn huge sums in royalties.

Other famous songs include 'If It Makes You Happy', 'My Favourite Mistake' and the 1997 theme song for the James Bond film Tomorrow Never Dies.

Sheryl Crow released a greatest hits album in 2003 called The Very Best Of Sheryl Crow featuring a rework of Cat Stevens' 1960s song 'The First Cut Is The Deepest' becoming Sheryl's biggest radio hit since 'All I Wanna Do'.