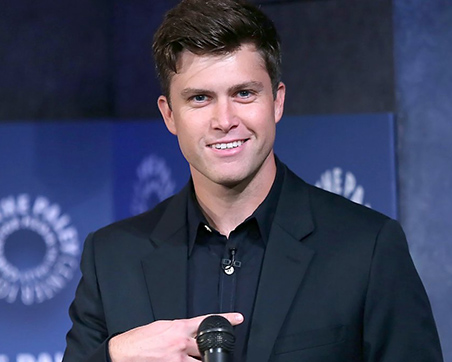 Colin Jost was born and raised in Staten Island, NY. He began performing comedy in 7th grade when he re-enacted the Late Show with David Letterman and sketches from SNL. He attended Regis High School where he did Speech and Debate and was editor-in-chief of "The Owl," then became president of the Harvard Lampoon and acted in non-funny plays like Chekhov's "Three Sisters." Now the co-head-writer at SNL, Colin performs stand up regularly in New York City and headlines all over the country and the world (if "the world" is Canada).