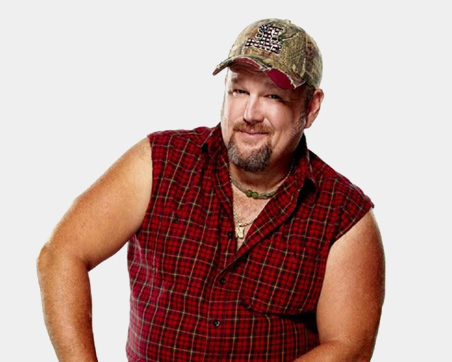 The man who added the catch phrases "Git-R-Done" and "Lord, I Apologize" to the American lexicon and drew fans by the pickup truckload to his shows proved to be one of the most successful comics of the early 2000s. Dan Whitney, known better as Larry the Cable Guy, claims he was born in the back of an El Camino during a Foghat concert. His drawl may sound Southern, but Larry was raised on a pig farm in Pawnee City, Nebraska. His upbringing was conservative, traditional, and churchgoing. That didn't mean that strip bars were out of the question when Larry turned 18 (maybe even a little earlier). Fascinated by this redneck life -- "redneck" being a term he is not only fine with, but endorses -- and always looking to comment on it, Larry used his humorous observations to captivate his friends, who dared him to try his hand at standup. He did in 1986 and the fans' reaction to his slow, approachable style had him hooked. Two years later, he relinquished his title as funniest bellhop at the Ramada Inn and set out for a career in comedy