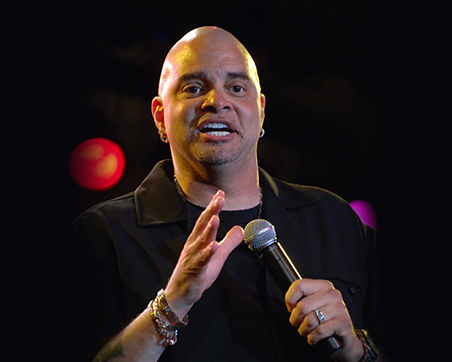 Sinbad never tells jokes- “I don’t know any,” he admits- but rather stalks the stage, telling real-life stories. He doesn’t deliver payoff lines; he slam-dunks them. His comedy is large, physical, and impetuous. Psychologically, he jams us, poking holes in our lifestyles. His stories mirror our foibles. His explosive energy of the neighborhood; his phrasing is manic, musical and right on time. He doesn’t write his material; he relives it as he remembers it.