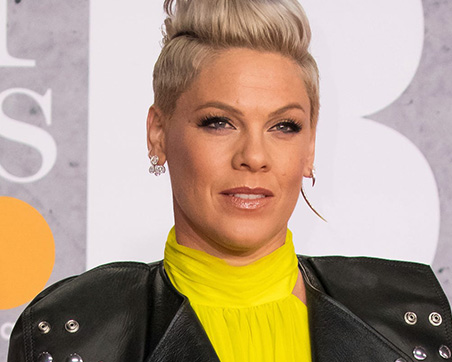 Debuting in the late '90s with a radio-friendly R&B sound similar to a crop of other young performers, singer/songwriter P!nk quickly developed her own identity, transforming pop songcraft and powerhouse, rock-influenced vocals into a winning combination that kept her in the Top Ten for decades. From 2001's quintuple-platinum M!ssundaztood to 2003's Grammy-winning Try This, P!nk steadily made moves away from her early R&B style, teaming with songwriters Linda Perry, Tim Armstrong (Rancid), and Butch Walker to give her rousing pop anthems a distinct rock edge. Nominated for over a dozen Grammy Awards, she won Best Pop Collaboration in 2002 for the hit cover of "Lady Marmalade" and Best Female Rock Vocal Performance in 2004 for "Trouble." She also won an Emmy in 2016 for "Today's the Day," the theme to The Ellen Degeneres Show. With a string of number one singles and millions of albums sold globally, P!nk is one of the most commercially successful pop acts in the world.