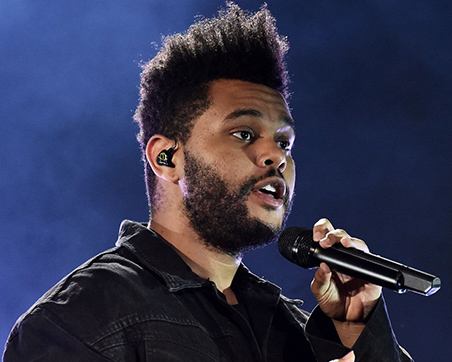 The Weeknd is the alias of alternative R&B enigma-turned-pop star Abel Tesfaye, whose aching accounts of emotionally and physically toxic indulgences have translated to multi-platinum sales and Grammy recognition. The singer and songwriter arrived in 2011 with three mixtapes offering morose ballads that seemed to have no designs on mainstream appeal. Within only a few years, however, Tesfaye had scored a variety of Top Ten pop hits. These included a duet with Ariana Grande ("Love Me Harder"), a dramatic ballad from the soundtrack of Fifty Shades of Grey (the Grammy-winning "Earned It"), a retro-contemporary disco-funk collaboration with Max Martin ("I Can't Feel My Face"), and a sleek Daft Punk production ("Starboy"). Additionally, Tesfaye topped the Billboard 200 with his second and third proper full-lengths, Beauty Behind the Madness (2015) and Starboy (2016), which also made him a two-time winner of the Grammy for Best Urban Contemporary Album. Tesfaye entered the next decade with After Hours (2020), another number one hit.